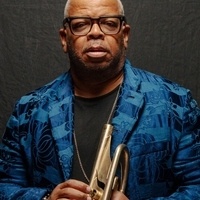 On his latest album—the double-Grammy-nominated Absence—trumpeter Terence Blanchard pays tribute to one of jazz’s greatest composers in Wayne Shorter. Teaming up with both his electric ensemble the E-Collective and Turtle Island Quartet, Blanchard reimagines songs from across Shorter's adventurous catalog and shares songs inspired by the saxophonist, resulting in what The New Yorker called “a lush and dramatic soundscape that calls to mind Blanchard’s career as a successful film composer.”

This engagement is supported by the Arts Midwest GIG Fund, a program of Arts Midwest that is funded by the National Endowment for the Arts, with additional contributions from the Ohio Arts Council.

FREE for Tri-C students, $10 for other students, $25 general admission