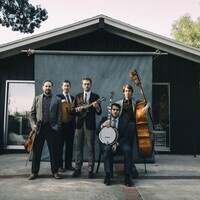 Though the band’s most recent album, 2018’s All Ashore, received a Grammy Award for Best Folk Album, the music they play is often described as “progressive bluegrass.” Whatever you want to call it, it’s living, breathing, spontaneous and intricate.