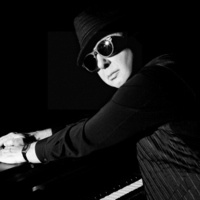 Join us at the Tri-C Metropolitan Campus for a free master class with Paul Shaffer.

For 33 years, Paul Shaffer served as David Letterman's musical director and sidekick. He began his career in 1972 as musical director of the Toronto production of Godspell. Shaffer played piano in The Magic Show on Broadway in 1974, then spent the next five years with the original Saturday Night Live band.

In addition to recording his own albums, Shaffer recorded with such diverse artists as Diana Ross, Yoko Ono and Robert Plant's Honeydrippers. In 2002, he received his first Grammy — Best Country Instrumental — for the Earl Scruggs and Friends album and co-produced an avant-garde jazz album for his mentor, Tisziji Munoz. His feature film roles include Artie Fufkin in Rob Reiner's This Is Spinal Tap and appearances in Gilda Live, Scrooged and Look Who's Talking Too.