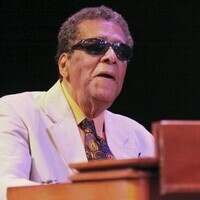 Eddie Baccus Sr. — known for his “chatty” organ style — is a 1999 Cleveland Jazz Legend Award winner and master of the B-3. Widely regarded as the standard bearer of Cleveland jazz, Baccus has been a leader, mentor and “the soul of the local jazz scene” since the early 1960s. Blind nearly from birth, he would become the only professional musician among his ten siblings. He also extensively mentored numerous jazz musicians, notably Joe Lovano, Ernie Krivda and later his son, saxophonist Eddie Baccus, Jr. He'll be performing with Robert Curry (guitar), Perry Williams, III (drums) and Cecil Rucker (vibes).